What is the meaning of the clothing worn by Catholic clerics? 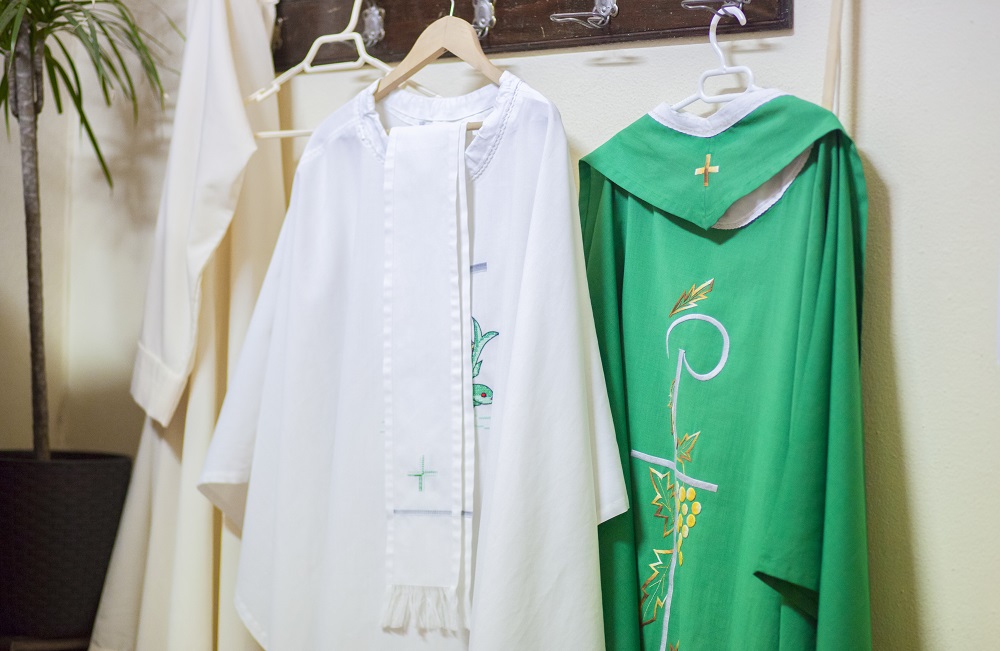 Clerical attire is non-liturgical clothes worn by clergy only. It differs from vestments in that it is not designated for certain services. Practices vary; it is sometimes worn beneath vestments, and it is occasionally worn as a priest's, ministers, or other clergy member's regular clothes or street dress. It may be comparable to or identical to a monk's or nun's habit in certain circumstances.

In current times, many Christian clergies wear a shirt with a clerical collar. Vestments worn for liturgies in the early Church were the same as clothing worn in everyday life by the Greek and Roman civilizations in the 4th century. When the garments seen in Church today no longer matched popular fashion, they became unique. Today, priests and ministers continue to wear this kind of clothing to signify Christianity's history and origin.

These liturgical garments vary in various ways, most notably in colour, according to the time of year and the rituals or celebrations in place. However, liturgical clothing is much more than basic, elaborate robes worn by clergy. The act of wearing them has significant symbolic importance for both the priest and others who, seeing him clothed in such a way, recognize him as a representation of God on Earth.

Therefore, liturgical apparel must be distinct and distinguishable from any other sort of garment worn by a priest during times other than the celebration. These clothes belong to a holy area, no less important than the prayers and gestures that comprise the liturgy, as well as the numerous rites that characterize religious celebrations.

This is an optional item, a rectangular fabric draped over the shoulders under the alb. The fabric is placed over the priest's neck, over his street clothes, and tied around the waist with two cloth ribbons. Although it is not required, it has practical applications. It can be worn as a scarf to keep the priest's neck warm in inclement weather and protect valuable embroidered items from perspiration and body oils.

The alb, which is worn over the amice, represents the clothing of the newly baptized and the purity of soul necessary for Mass and the garment in which Pilate clothed Christ.

This string is used to collect the alb at the waist like a belt. It is usually white, although it can also be the colour of the day or the liturgical season. At funerals, white, violet, or black clothing is acceptable.

A long, narrow strip of fabric worn around the priest's neck and down the front, generally over the alb. The stole is a very important item since it denotes the status of the appointed ministry. The stole, like the cincture, can be the colour of the day or the liturgical season.

This is the outer and last portion of the vesture, and it is the day's or liturgical season's colour. The chasuble's traditional meaning is that it represents charity covering a multitude of sins.

A liturgical surplice is a white surcoat with short, broad sleeves and a square collar that is worn over a cassock. Unlike the camice, which covers the entire body, this one just extends to the knees. It is frequently embellished with needlework.

This is a white fabric like cotta but with more intricate stitching and frequently embellished with lace. Prelates are the only ones who wear it. It is made of linen and has long, thin sleeves that end at the wrists. Its inside is lined in red or white. It is fastened around the neck with a hook or a ribbon.

This is a luxurious gown used during the Roman era when it was embroidered with gold threads and decorated with pearls, enamels, and valuable filigrees. It reflects the solemnity of the celebrant's function and is the costliest and most outwardly visible clothing he wears. It's a long tunic with broad sleeves that falls to the knees. The colour varies according to the event and the time of day.

Like the dalmatic, it is worn by a deacon or sub-deacon, depending on the solemnity of the occasion. It is constructed of exquisite materials, embroidered, and available in a variety of liturgical colours.